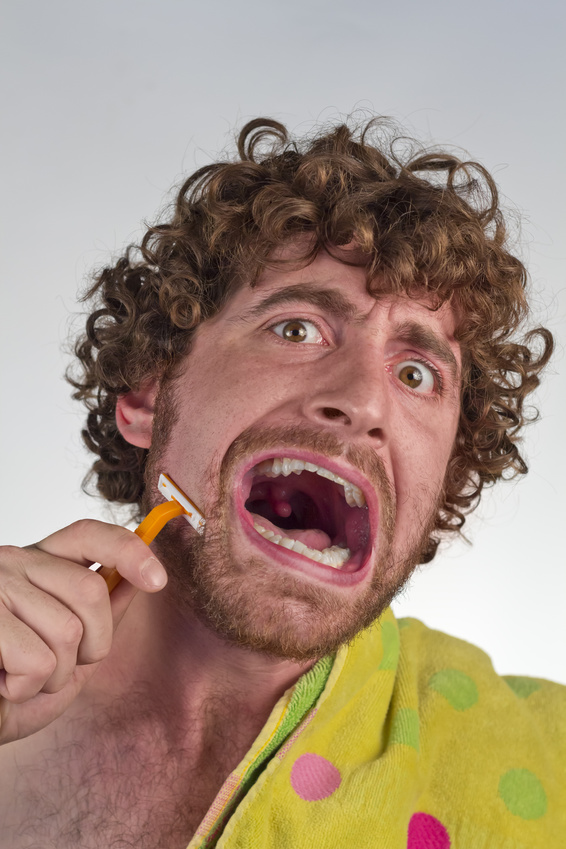 In the early days of the electric shaver, typically there was only two components these would be a cutting blade and a foil together they created a shaver head. As technologies improved and the electric shaver became better certain manufacturers changed the way in which the head was created two parts soon became four or more, the very outer part would consist of the head guard a plastic frame to protect the delicate foils when not in use that would clip onto the headframe which was a flexible plastic part used to hold and house the foils, cutters, Phillips use this with the rotary design underneath the headframe the 3 foils and cutters sit and are held in place by a head plate the head plate had a turn locking nut to hold the blades in position, then this complete head would clip onto the body of the shaver so easy updating a blunt electric shaver as and when they were required. Other manufacturers stayed with the traditional cutting block and shaver foil however most now combine both of these parts within one head unit known as a shaving head cassette the working blades are hidden deep within the cassette and cannot be seen which makes swapping out a doddle when the shaver head needs to be replaced.

Remington have taken this one stage further and have started to make their Rotary heads as a complete unit although they consist of the headframe the foils and cutters and  the headplate have been designed in such a way that they fixed and locked in position then when they do become blunt it’s very easy to flip the head up remove the headframe and clip on the new one ready to go.

A number of the small travel electric shavers still use the traditional shaver foil that’s a single foil and a single cutting blade to change these are very simple you remove the foil on the top of the shaver you pull the cutting block straight off the top of the shaver body and then replace the cutting block by pushing it back into place until it clicks and locks in position, from there you place the foil which is normally pre-installed into a plastic frame back onto the body of the shaver you are then ready for a new faster smoother shave.

Panasonic electric shavers tend to use separate foils and cutters, Braun was the same however now all the newer Braun models take a cassette style (foils cutters combined) Philips are still making complete heads that consist of many parts available to replace individually. Remington still offer a combination of all three technologies, Foils and cutters, Cassettes and Rotary shaver heads.

" superb little shaver as good as more expensive ones. well worth the money."

"The product arrived intact and swiftly and works a treat"

"I cannot remember ever receiving better customer service, either on line or on the high street. I was most impressed and would not hesitate to use this company again."

We have a fantastic range of quality products available at our main site, including domestic spares, shaver spares, health care products and much more!